The Shift to Touch Will Introduce Major Changes in Education 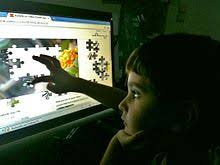 In spring 2010, when the first iPad was released and Steve Jobs announced that the device would not provide support for Flash, a senior product manager at a major educational publisher asked me how long I felt his company had until it would need to replace its Flash-based animations and interactivities.

"Fall 2012," I said. "My guess is 25% of students in the Higher Education market will be using tablets by that time so you'd better aim to fix the Flash problem by then."

In the ensuing two years, I have tracked the growth of tablet devices in Higher Education and have consistently predicted that 25% of incoming first-year students would own tablet devices. That number seems to be corroborated, at least indirectly by the latest Pew report showing 25% of American adults own tablets, and a survey of college and university students by my employer that showed 24% tablet ownership across all student types.

Of course, the popularity of tablet devices in only just now beginning to hit its full stride. NPD's Display Research is reporting that tablet sales will surpass PC sales for the first time in 2013. According to Gartner, we have already seen the market shift, with worldwide PC shipments dropping 4.9% in the fourth quarter of 2012.

In presentations, I'm always quick to point out tablets for a variety of reasons. Adoption/market penetration trends for tablets are much higher than those we witnessed for laptops and smartphones  In addition, primarily because they are personal lifestyle devices, we are seeing a higher and more rapid refresh rate for tablets than we did for laptops and smartphones.

The biggest disruption introduced by tablets, however, is that they are touch devices and are fundamentally altering the way we interact with content and information. The ability to touch, move, and interact with information without the use of an artificial intermediary device (such as a keyboard) may prove to be the most radical shift in learning in the last century -- bigger than modern schools and universities and bigger than computers.

Touch devices will not only cause us to redesign and redefine educational technology solutions, but also our curricula and our learning content. How should we design and package content so that it can be touched and connected, and so that it offers up interactivity? How do we change our courses so that they address the kinesthetic interaction with and synthesis of information?

By the way, if you find yourself skeptical about the real popularity and impact of tablets with regards to the adoption of touch technology, keep in mind that tablets are only part of the force shaping this shift. As this CNET News article points out, laptops are also moving to touch whether we think we need it or not. By next fall, in fact, it will be difficult to find a newer Windows 8 laptop or ultrabook without touch capabilities.1

At first, I believe we will see a fairly even split between using the touch screen for navigation, Web browsing, music, and reading applications, while the physical keyboard will remain the primary method for entering formal data and working with productivity applications. That status quo isn't likely to persist, however, as voice commands added to touch capabilities will continue to expand the quantity of activity that users engage in directly and without a keyboard.

1It's easy to scoff at the impact of Windows 8, but we should keep in mind that the operating system has already tallied 60 million licenses, which puts it on par with Windows 7 adoption.